Embassy Interviews
Let's go to the Embassy to learn about the food of Southeast Asian countries!
Part 3: The Kingdom of Thailand

CROSSCUT ASIA is an online film festival co-hosted by the Japan Foundation Asia Center and the Tokyo International Film Festival (TIFF), which will be held from January 21 to February 3, 2022. As a related project, we will start a series of articles to deepen your interest in Southeast Asian food. The five-part series will focus on the food culture of five countries. The third country is the Kingdom of Thailand. We were specially invited to the “Thai Residence”, the official residence of the Ambassador of the Kingdom of Thailand to Japan and his wife, to talk with them.

The official residence of the Ambassador of the Kingdom of Thailand is a Western-style mansion built in 1934 by industrialist Kichiemon Hamaguchi the 10th, which was purchased by the Thai government for its use. As we entered the building, a delicious aroma wafted through the air. On this day, Mrs. Porndee Lapisatepun, the Ambassador’s wife, personally prepared some dishes to welcome us.

The official residence of the Thai Ambassador, located adjacent to the Embassy. It was purchased by the Kingdom of Thailand in 1943 and has continued to weave its history ever since. It was snowing heavily on the day of our visit, but the snow-covered building was so beautiful that we felt lucky about the weather.

The Ambassador of the Kingdom of Thailand to Japan, Mr. Singtong Lapisatepun, and his wife, Mrs. Porndee, welcomed us in a reception room with a vast Japanese garden outside the window. The Ambassador, who had spent ten years in Japan from high school to graduate school, answered our interview in fluent Japanese.

“Before the outbreak of the new coronavirus, we had many opportunities to invite businesspersons and government officials, as well as politicians, to the Ambassador’s residence for Thai cuisine. At one point, I was having lunch and dinner with guests eight times a week.”

Eight times a week is quite a lot, and it shows how important diplomacy through food is to the Kingdom of Thailand. What kind of food is served when inviting guests?

“At the Ambassador’s residence, we always serve a course menu based on traditional court cuisine. In our country, the capital city has moved from Sukhothai to Ayutthaya to Thonburi to Bangkok over time. Each time, there was a unique court cuisine that developed. Such food culture has now become a way to entertain important guests, including foreigners.”

Mrs. Porndee, who is mainly in charge of the menu, continued.

“I pay special attention to the appetizers,” she said. “Since it is the beginning of the course, I try to serve dishes that are surprising, pleasing to the eye, and make people want to take pictures. For example, for a recent dinner guest I chose a dish called “Bird in the Nest”. It is a courtly dish in which fried noodles are shaped like a bird’s nest and shrimp are placed inside to look like a bird. This was followed by three small dishes of cooked or stir-fried vegetables and meat, a vermicelli salad called Yum Woon Sen, green curry, Khao Hom Mali (jasmine rice), and desserts like the Tub Tim Krob that I made today.”

The unexpected name of the dish, “bird,” despite the fact that it is made with shrimp, is certainly a natural conversation starter.

The Ambassador explains his wife’s passion for Thai food: “Of course, Kaprao and Tom Yum Kung that Japanese people are familiar with are delicious Thai dishes, and we serve them upon request. What is important to my wife when hosting our guests is how to offer Thai food that is different from ordinary Thai restaurants and that can only be experienced at the Ambassador’s residence. For example, jasmine rice is served in a bowl with a lid made of banana leaves, and whenever fruits and vegetables are served, they are carved (an essential part of Thai court cuisine where decorative carvings are made on the ingredients).

Thai cuisine consists of a great variety of recipes, including the royal court dishes that I learned about earlier. I asked the Ambassador about the history of this rich culinary culture.

“The Kingdom of Thailand has had a long history of cultural exchange with other countries since the time of the Ayutthaya Dynasty. There were cultural influences from countries connected by land, such as present-day Myanmar to the north, Laos to the northeast, Cambodia to the east, and Malaysia to the south, as well as from Portugal, India, China and Japan. It is known that there was already a Japanese town in the 1500’s, around the time when Yamada Nagamasa was active in the region. Naturally, through this history of exchange, the food culture of each country was also introduced. These food cultures were changed to suit the climate and ingredients unique to our country, resulting in what we call modern Thai cuisine.”

The Ambassador’s story reminds us of the importance of learning about the history of food culture. Massaman curry made with coconut milk may be considered a variation of spicy curry originating from India. The taste of the curry will give you a glimpse of its history, and the next time you eat it, it will taste even better.

“As I mentioned earlier about the neighboring countries, their cultural influence remained strong in each region of the Kingdom, and we can say that from this unique regional food cultures developed. My wife is from the southern part of the country near Malaysia, where they use a lot of turmeric in their Massaman curry and fried fish. And it’s just so spicy!” The Ambassador said.

When the Ambassador said this, his wife replied with a smile.

“The Ambassador is not a big fan of spicy food (laughs). We reduce the amount of chili for him in our daily meals at the Ambassador’s residence.”

The food culture of the Kingdom of Thailand has been shaped by exchanges with other countries that have continued since the days of the Ayutthaya Dynasty. If diplomacy through food for the Kingdom of Thailand started from its origin, the current situation in Japan, where you can always find a restaurant specializing in Thai food in any city you visit, may be one of the results. How did Thai food become so popular in Japan? The Ambassador, who has lived in Japan four times for a total of more than forty years spanning the Showa, Heisei, and Reiwa periods, spoke to us about these changes.

“When I first came to Japan as a foreign student in the 1950s, there were very few restaurants that served Thai food. Even though I was not very good at cooking, I missed the taste of my home country and tried to cook for myself. I remember very well traveling to Chinatown in Yokohama, where they sold Southeast Asian spices and sauces, to buy a bottle of nam pla. Years later, in 2003, I came back to work at the Embassy and became involved in the third edition of the Thai Festival, which had just started in 2000. This was when it was still called the Thai Food Festival. According to my predecessor, even then it was difficult to get people to set up food and drink booths.”

What was the trigger that led to the popularity of the event now?

“I can think of many factors, such as the increase in the number of Japanese tourists visiting the Kingdom of Thailand, and the impact of Japanese companies moving into the Kingdom in the 1980s and their Japanese staff later returning to Japan. The Embassy has also been involved in a number of initiatives, including the Thai Festival. In 2019 we held an event called the “United Rice Ball,” in which we experimented making rice balls by mixing Thai rice and Japanese rice. The attempt was to find the perfect ratio of Thai and Japanese rice that allows one to make rice-balls using non-sticky Thai rice. By putting dried green curry dry inside the rice balls, we were able to achieve the unique aroma and taste of Thai food. We have also visited elementary schools in Tokyo to introduce Thai culture to the children and eat Thai school lunches with them.”

Ambassador Lapisatepun has been representing the Kingdom of Thailand since 2019 and has been contributing to all aspects of diplomacy with Japan. At the end of the interview, the Ambassador shared his thoughts with us, which conveyed a very important message that resonates with the purpose of this series.

He said, “Cultural exchange, including food, is a really important tool. That is why it should not be a one way processs. If the exchange allows us to get to know each other and mutually learn from each other, we shall be able to continue it for a long time.” 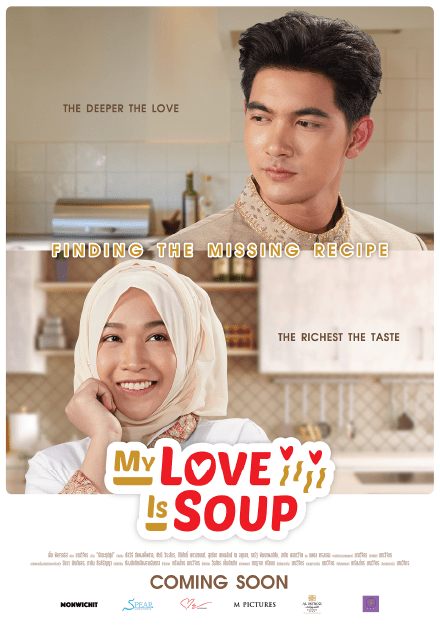 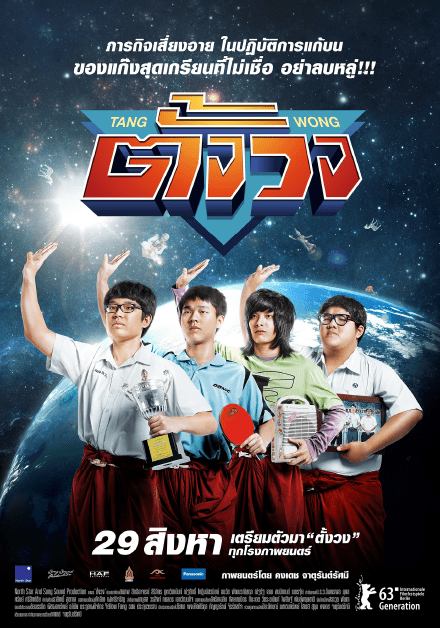